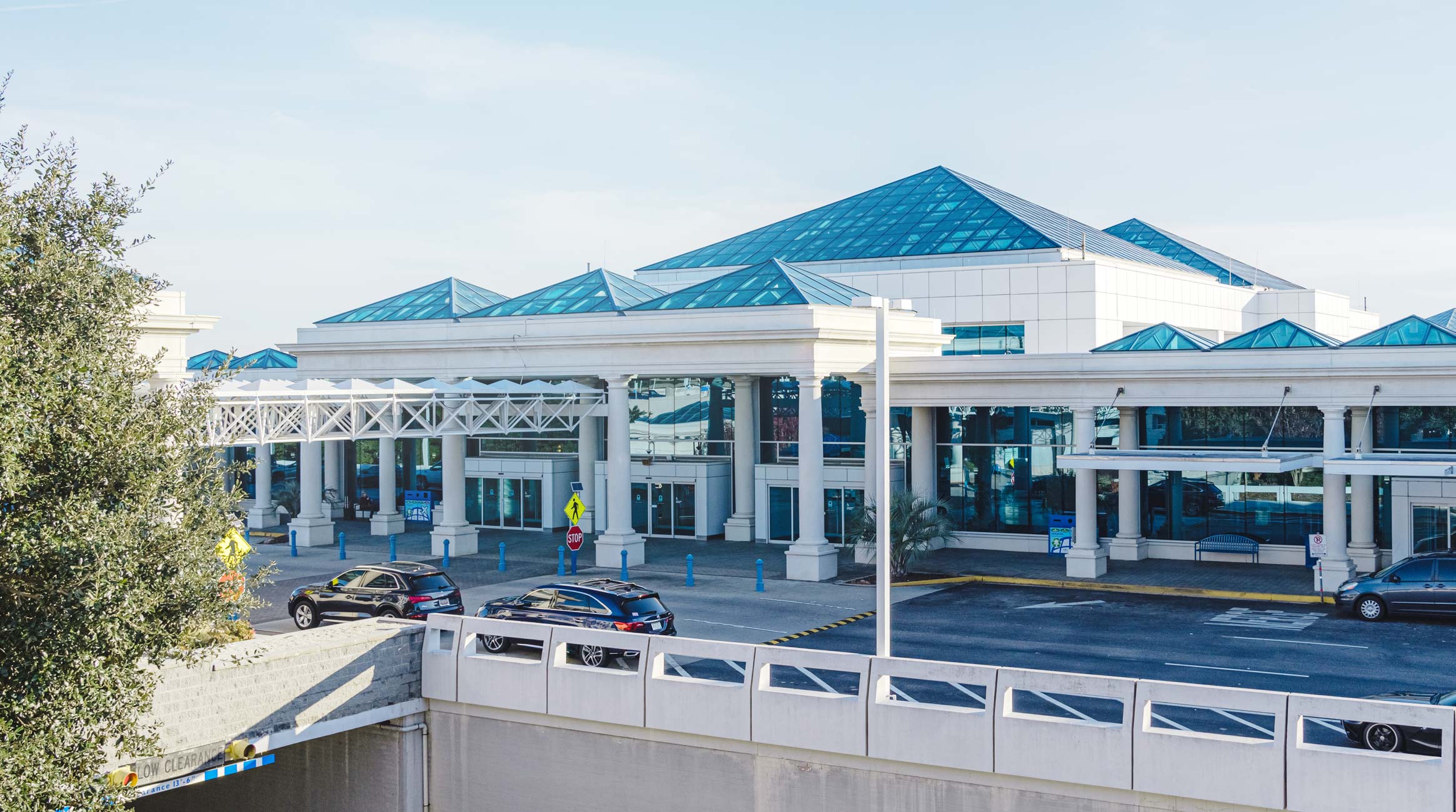 Airline services developed in our community because Columbia had been identified in early postal airmail routes as a location for airlines then holding contracts with the Post Office Department and the Commerce Department. The Airport lies on a small knoll between two drainage basins generally on a plateau at an elevation of approximately 235 feet. The site was selected because of elevation, the nature of the terrain, and the good soil in the area upon which to construct landing facilities such as taxiways, aprons, and runways. World War II had a considerable impact upon aviation in the United States and the Columbia Metropolitan area. The Lexington County Airport was improved by the activity necessitated at this site by World War II military construction. About 1941, the United States War Department acquired the Airport from Lexington County and expanded it dramatically to serve the war effort. Runways, hangars, roads, buildings, and other facilities were added during the war to support the training activities of the B-25 flight and bombardment functions.

In February 1942, Jimmy Doolittle, a famous military aviator and legend, traveled to Columbia and called volunteers for a secret military mission. Approximately twenty-five B-25 flight crews were assembled for this secret military mission which was to become the famous Doolittle Raid over Tokyo, on April 18, 1942. The Doolittle Raid was the first good news which our country had heard from the Pacific theater of operations and today we are proud of the role which our Airport played in that historic action.

Following the war, the land which the government had acquired for the war effort reverted to Lexington County. At the time all airline operations were being accommodated at Owens Field in Columbia. Shortly thereafter, the city fathers of Columbia established a terminal at the Lexington County facility. The City of Columbia constructed a new terminal building at the Lexington County Airport in the early 1950s. This building burned and another one was quickly built. This terminal was used until the present terminal opened in 1965. A major terminal renovation was completed in 1997. About 1958, the Mayor of Columbia, Mayor Lester Bates, and others realized that a comprehensive group was needed to oversee the Airport operations in the community. With the cooperation of Richland County and Lexington County officials, a study committee was established to review the proper means by which an Airport could be developed and administered to serve the two counties. From this study committee legislation was proposed which established the Richland-Lexington Airport District. Since 1962, the Airport District, acting as a political sub-division of the state of South Carolina, has operated the Columbia Metropolitan Airport. The governing body of the Airport District is the Richland-Lexington Airport Commission. The Airport Commission consists of twelve members. Five members are representative of Richland County and are nominated by the Richland County Legislative Delegation. Five members are representative of Lexington County and are nominated by the Lexington County Legislative Delegation. Two members are representative of the City of Columbia and are nominated by the Columbia City Council. Membership on the Commission is for a term of four years. The Airport Commission, which governs the affairs of the Airport District, is constantly seeking to improve the services and facilities available to those who use the Airport.